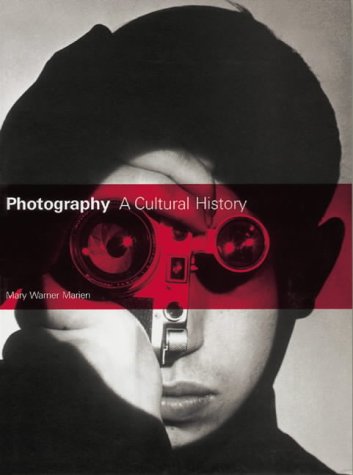 Now available in paperback, this is the first survey of international photography to examine the discipline across the full range of its uses by professionals and amateurs. Each of the eight chapters takes a strict time frame of, say, fifteen to thirty years in which to examine the medium through the lenses of art, science, social science, travel, war, mass media and individual practitioners. The coverage is truly global including rarely seen work from Latin America, Africa, China, Japan, India, and Russia as well as the more established canon of Europe and the United States. Seminal figures, from Julia Margaret Cameron to Cindy Sherman, are profiled, but the emphasis is more on key ideas than individuals. So the reader follows such debates as the nature of discovery/invention, the effect of mass media on morality, the use of imagery as a tool of Western colonialism, and the role of the photograph in advertising, radical politics and family life.

Mary Warner Marien is an associate professor in the Department of Fine Arts at Syracuse University, New York, where she teaches courses on photographic history, as well as on art criticism and its history. She is the author of Photography and its Critics (1997) as well as numerous articles on the history of photography.

Descripción Laurence King Publishing, 2003. Paperback. Condición: Used; Good. Ex Library Copy **SHIPPED FROM UK** We believe you will be completely satisfied with our quick and reliable service. All orders are dispatched as swiftly as possible! Buy with confidence!. Nş de ref. del artículo: 3695125

Descripción Laurence King Pub, 2003. Condición: Good. Ships from the UK. Former Library book. Shows some signs of wear, and may have some markings on the inside. Nş de ref. del artículo: GRP16263617

Descripción Laurence King Pub, 2003. Condición: Good. Ships from the UK. Shows some signs of wear, and may have some markings on the inside. Nş de ref. del artículo: GRP105162198