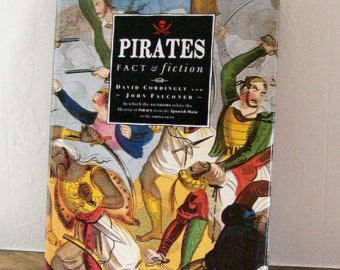 The image of the pirate is one that has never failed to capture the imagination, but behind the melodramatic portrayals of such villains as Long John Silver, with wooden leg and eye-patch, lies a much harsher reality. Published to accompany an exhibition at the National Maritime Museum at Greenwich, this book charts the history of piracy, from the Elizabethan buccaneers such as Sir Francis Drake to the privateers of the Caribbean and pirates of the China Sea. It looks at individuals like Blackbeard, Sir Henry Morgan, Anne Bonny and Mary Read, and at how the popular portrayal of these characters has spawned a whole literary and cinematic genre, from "Robinson Crusoe" to "Peter Pan". Also examined are the tools of the pirate trade - maps and charts, flags, weapons and, not least, ships - and the rich pickings that drove these men and women to such reckless exploits on the high seas.

Descripción Chrysalis Books. Paperback. Condición: As New. No Jacket. An apparently unread copy in perfect condition. Dust cover is intact; pages are clean and are not marred by notes or folds of any kind. At ThriftBooks, our motto is: Read More, Spend Less. Nş de ref. del artículo: G185585130XI2N00

Descripción Chrysalis Books. Paperback. Condición: Very Good. No Jacket. A copy that has been read, but remains in excellent condition. Pages are intact and are not marred by notes or highlighting, but may contain a neat previous owner name. The spine remains undamaged. At ThriftBooks, our motto is: Read More, Spend Less. Nş de ref. del artículo: G185585130XI4N00

Descripción -. Paperback. Condición: Very Good. Pirates. Fact & Fiction This book is in very good condition and will be shipped within 24 hours of ordering. The cover may have some limited signs of wear but the pages are clean, intact and the spine remains undamaged. This book has clearly been well maintained and looked after thus far. Money back guarantee if you are not satisfied. See all our books here, order more than 1 book and get discounted shipping. Nş de ref. del artículo: 7719-9781855851306

Descripción Collins and Brown, 1992. Paperback. Condición: Used; Good. **SHIPPED FROM UK** We believe you will be completely satisfied with our quick and reliable service. All orders are dispatched as swiftly as possible! Buy with confidence! Aloysius Ihezie. Nş de ref. del artículo: mon0001822535

Descripción Paperback. Condición: Very Good. The book has been read, but is in excellent condition. Pages are intact and not marred by notes or highlighting. The spine remains undamaged. Nş de ref. del artículo: GOR002739005

Descripción Paperback. Condición: Fair. A readable copy of the book which may include some defects such as highlighting and notes. Cover and pages may be creased and show discolouration. Nş de ref. del artículo: GOR004778403