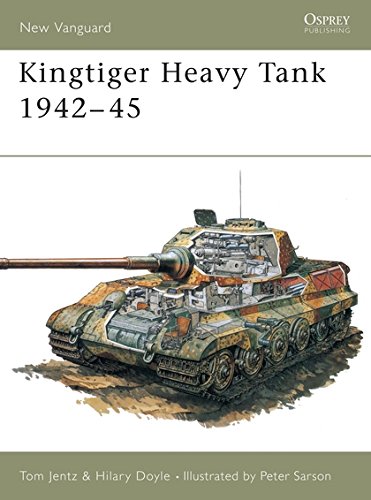 As World War II entered its later stages and Germany was forced increasingly onto the defensive, the need for fast-moving mobile forces lessened and the Wehrmacht required better protected and more powerfully armed tanks. After debacles against the T-34, Hitler and the Panzerwaffe were determined not to be unprepared again. The result of this determination was the production of the heaviest and largest tank to see combat during World War II, the Tiger II or Konigstiger (Kingtiger). This title examines this formidable weapon, covering the problems and controversies surrounding its design and production as well as a detailed listing of every unit that was equipped with the Tiger II.

Tom Jentz, born in 1946, is one of the World's leading AFV researchers and is best known for the Encyclopedia of German Tanks. Tom lives in Maryland with his German wife and two children. Hilary Louis Doyle, born 1943, has written numerous books on AFV's including the Encyclopedia of German Tanks. Hilary lives in Dublin with his wife and three children. Peter Sarson has produced graphic cutaways for many armoured vehicle publications, and is regarded as one of the world's great illustrators of military vehicles. Peter lives and works in Dorset.