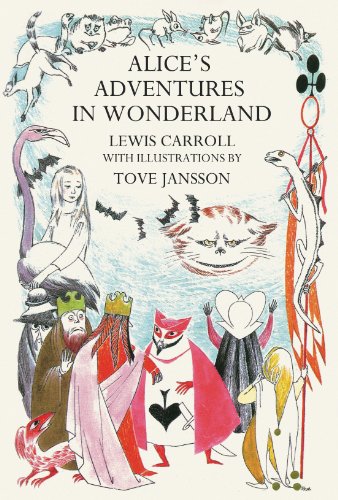 Alice as you've rarely seen her... fun for all ages... full of the wit and wisdom Carroll originally gave us. --Betsy Daley"Waterbury Republican-American" (12/07/2003)

There's nothing quite like "Alice's Adventures in Wonderland". Described by "The Times" on its first publication in 1865 as 'an excellent piece of nonsense', this inspired tale of a young girl's adventures in a strange and magical world has gone on to become one of the most popular books ever written, translated into over 125 languages and said to be the most frequently quoted book after the Bible, Koran and Shakespeare. In Tove Jansson, the story of Alice finds an illustrator worthy of its enchantment and surreal beauty. Jansson is renowned worldwide for her hugely successful Moomin books. What is less well known is that in 1966 she devoted her unique gifts as an illustrator to recreating the remarkable world of this most famous of children's characters. Over forty years after she presented Lewis Carroll's masterpiece to a Scandinavian audience, Tove Jansson's beautifully illustrated edition of the original text of this classic work is finally made available to an English-speaking audience.