Artículos relacionados a Century city: art and culture in the modern metropolis... 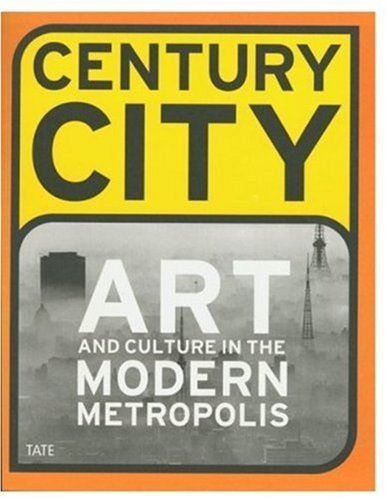 This is the catalogue of Tate Modern's first major exhibition, due to open in February 2001. The modern city provides the social, aesthetic, historical and political framework within which to explore the arts and ideas of the 20th century. The book focuses on nine cities across the world, which, at specific moments in the 20th century, have all acted as cauldrons of innovation to visual culture. It examines a multitude of artistic practices including architecture, design, film, performance art, philosophy, poetry, literature, and music, as well as painting, photography, and sculpture. Among the cities considered is Paris (1905-1915), as the centre of an international avant-garde where Cubist masterpieces evolved in parallel with dance and literature generated by the habitues of cafes or garrets; 1920s Moscow, where Russian Contructivism focused art, architecture, design, and cinema into a grand utopian vision; post-colonial Lagos, where "high life" music provided the ambience for artists and intellectuals to create a cultural ferment; and Tokyo in the 1970s, where conceptual and performance-based strategies and New Wave cinema flourished.

1. Century City: Art and Culture in the Modern Metropolis