Artķculos relacionados a An Animated Life: Adventures in Fantasy

An Animated Life: Adventures in Fantasy 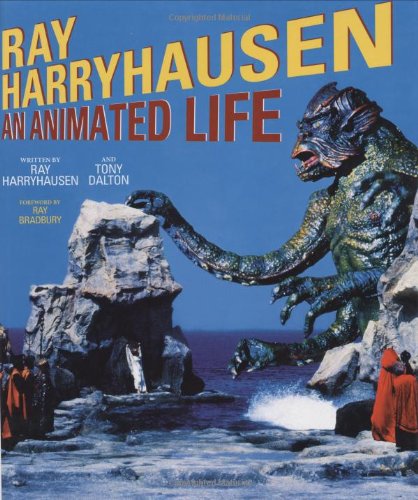 Inspired by the film "King Kong", at the age of 13 Ray Harryhausen knew his future lay in special effects. Following on from his mentor Willis O'Brien, creator of Kong, Ray took the art and skill of stop-motion animation one step further, weaving his magic on dinosaurs, aliens and mythological creatures alike. From humble beginnings working in his father's garage animating a selection of Fairy Tales, to blockbuster movies on location in the Yemen, Italy, Malta and Spain, Ray has seen and done it all. The last great animator before the introduction of CGI, he takes us through the pleasures and pitfalls of 60 years' bringing inanimate objects to life. Learn how Raquel Welch was picked up by a flying dinosaur in "One Million Years BC", why the octopus in "Mysterious Island" was only a sixtopus, and what Medusa's blood was made from in "Clash of the Titans". From the flying harpies in "Jason and the Argonauts" to battling skeletons in the "7th Voyage of Sinbad", Ray explains the films' journeys, from original concept through to the critics' reviews. Anecdotal, insightful and honest, "An Animated Life" features hundreds of photographs from Ray's personal archive. It explains the basics of special effects and stop-motion animation, what working with the film stars of the day was like (Laurence Olivier, Maggie Smith and Lionel Jeffries to name but a few) and how his creations were really the stars of the movies.