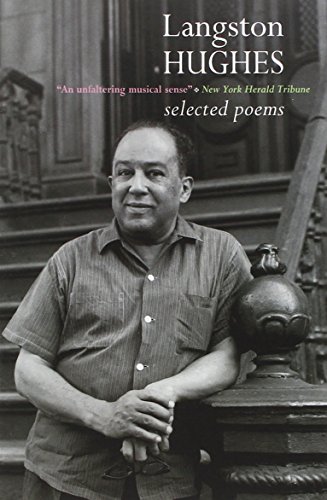 Langston Hughes is the Negro Poet Laureate. He loves his race and reports and interprets it feelingly and understandingly to itself and to the other races (Carl Van Vechten)

For over 40 years, until his death in 1967, Langston Hughes captured in his poetry the lives of black people in the USA. Selected Poems is made up of Hughes' own choice of his poetry, published first in 1959. It includes all of Hughes' best known poems including 'The Negro Speaks of Rivers', 'The Weary Blues', 'Song for Billie Holiday', 'Black Maria', 'Magnolia Flowers', 'Lunch in a Jim Crow Car' and 'Montage of a Dream Deferred'. With the advantage of hindsight, it is now easy to see that - for his poems, his jazz lyrics, and his prose - Langston Hughes was one of the great artists of the 20th century.