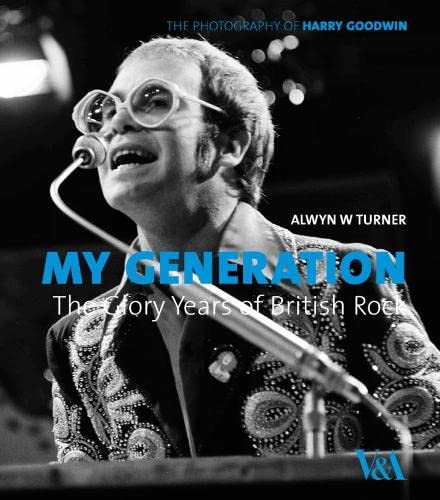 On New Year's Day 1964, the first edition of "Top of the Pops" was broadcast on the BBC. The timing was perfect, British rock and roll had just entered its greatest period - the Beatles were occupying the top five positions in the American singles charts, and their international success was followed by the Rolling Stones and the Dave Clark Five, who were both featured on that first programme. Over the next decade virtually every major rock and pop act from Britain and America appeared on the series, and were captured by the camera of the resident photographer, Harry Goodwin. He recorded the changing imagery of the era at a time of enormous social change, as music progressed from beat to protest, from Motown and Psychedelia to heavy metal and glam rock. "My Generation: The Glory Years of British Rock" tells the story of the people who provided the soundtrack to those momentous times, and includes outstanding images of the biggest names in rock history - from the Beatles, Rolling Stones and Bob Dylan to Jimi Hendrix, Pink Floyd and David Bowie.

Alwyn W Turner is a writer and journalist, specializing in post-war British culture. His previous publications include Halfway to Paradise: The Birth of British Rock (V&A 2008). He is also the author of Crisis?What Crisis? (2008), Rejoice! Rejoice! (2009) and The Biba Experience (2004), co-author of Cult Rock Posters 1972- 82 (2006) and editor of Portmeirion.

1. My Generation - the Glory Years of British Rock