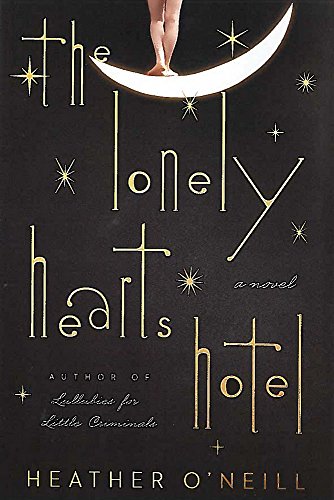 Two children were born in the Montreal winter of 1900: Pierrot of a twelve-year-old girl named Ignorance; Rose, rescued from a snowdrift. They were fated to meet in the Catholic orphanage. There, in the face of cold, hunger and unpredictable beatings, Rose and Pierrot create a world of talking bears, of circus tricks and a secret language; shielding the spark of their curiosity from the terrorism of those meant to protect them. But even the most extraordinary of spirits can be hurt - especially when it comes disguised as love - and Rose and Pierrot are torn apart.

When they meet again, each will have changed; having struggled through the Depression, through what they have done to fill the absence of the other. But their childhood vision remains - a dream to storm the world, a spectacle, an extravaganza that will lift them out of the gutter and onto a glittering stage. Rose has the means, Pierrot the talent; but their fame will come at a cost, for in the roaring twenties little that is pure remains so for long, and understanding this will bring Rose to a new destiny.

Heather O'Neill's imagination and language are like no other. In this she has crafted a dazzling circus of a novel that takes us from the underbellies of pre-war Montreal and Prohibition New York, to a theatre of magic where anything is possible - where an orphan girl can become a gangster queen, and a ruined innocence can be redeemed.

Descripción Paperback. Condición: Very Good. The book has been read, but is in excellent condition. Pages are intact and not marred by notes or highlighting. The spine remains undamaged. Nş de ref. del artículo: GOR008087031

Descripción Quercus Publishing, 2017. Condición: Good. A+ Customer service! Satisfaction Guaranteed! Book is in Used-Good condition. Pages and cover are clean and intact. Used items may not include supplementary materials such as CDs or access codes. May show signs of minor shelf wear and contain limited notes and highlighting. Nş de ref. del artículo: 1849163359-2-4

Descripción riverrun, 2017. Hardcover. Condición: Good. Ex library copy with usual stamps/stickers Good condition is defined as: a copy that has been read but remains in clean condition. All of the pages are intact and the cover is intact and the spine may show signs of wear. The book may have minor markings which are not specifically mentioned. Most items will be dispatched the same or the next working day. Nş de ref. del artículo: wbb0013888073

Descripción Condición: Good. Shows some signs of wear, and may have some markings on the inside. Nş de ref. del artículo: 15691696-20

Descripción Condición: Good. Ships from the UK. Former Library book. Shows some signs of wear, and may have some markings on the inside. Nş de ref. del artículo: GRP102630024