Artículos relacionados a Agatha Raisin and the Vicious Vet

Agatha Raisin and the Vicious Vet 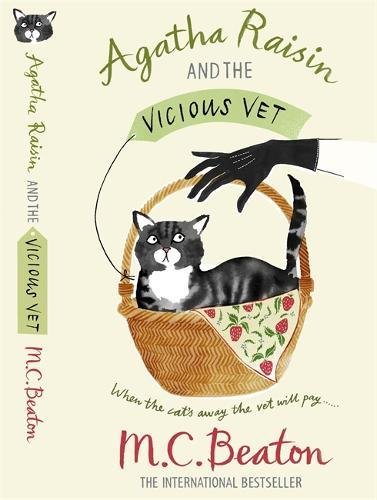 Retired PR boss Agatha Raisin is enjoying life in her pretty Cotswold village of Carsely. It even seems likely that the attractive new vet, Paul Bladen, has taken a shine to her. But before romance can blossom, Paul is killed in an accident with Lord Pendlebury's horse. Only the circumstances are rather suspicious.

Agatha decides she must once more play amateur investigator. And this cloud has a silver lining - she can persuade her usually stand-offish neighbour, James Lacey, to become her partner in the quest. As usual, Agatha is quite prepared to rush in, heedless of the lurking menace to both James and herself.

Praise for the Agatha Raisin series:

'Agatha is like Miss Marple with a drinking problem, pack-a-day habit and major man lust. I think she may be living my dream life.' Entertainment Weekly

'Clever red herrings and some wicked unfinished business guarantees that the listener will pant for a sequel.' The Times Audiobook Review

M.C. Beaton is the author of both the Agatha Raisin and Hamish Macbeth series, as well as numerous Regency romances. Her Agatha Raisin books are currently being turned into a TV series on Sky. She lives in Paris and in a Cotswold village that is very much like Agatha's beloved Carsely.

1. AGATHA RAISIN AND THE VICIOUS VET