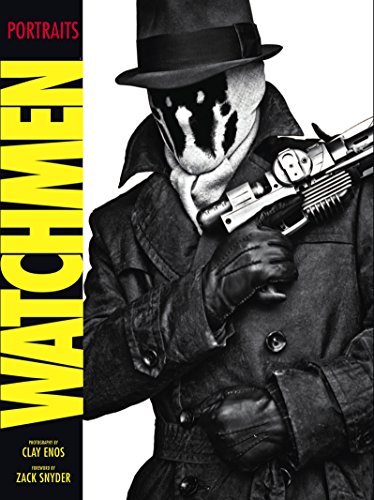 "* "I'm overwhelmed by the commitment, the passion, the palpable desire to do this right." Watchmen artist Dave Gibbons, on visiting the set of the movie. * "Watchmen is peerless" - Rolling Stone * "A masterwork representing the apex of artistry" - Entertainment Weekly"

As the official photographer on the set of "Watchmen", Clay Enos was there at every stage of production as director Zack Snyder filmed the adaptation of the legendary graphic novel. As well as his day-to-day duties making sure there was a visual record of the production, Enos also made time to work on a very special project: a collection of black-and-white portraits of every character in the film, and every crew member in the production.From the lead heroes, including Rorschach, the Comedian, Dr. Manhattan, Nite Owl and all the other Watchmen, to supporting characters and even extras in the crowd, plus the crew who put the film together, his lens captured them all. With its wealth of exclusive photographs, this stunning book is a unique look into the world of the film.