Artículos relacionados a The Cargo Liners: An Illustrated History

The Cargo Liners: An Illustrated History 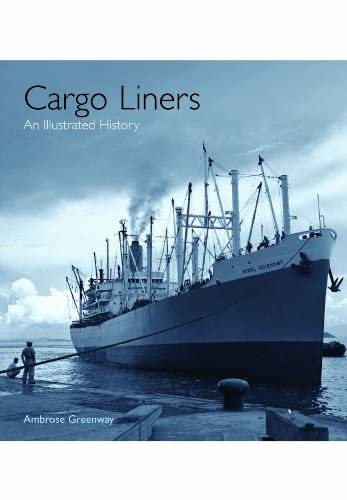 "...fills a gap of knowledge for an important, but extinct, ship type- the cargo liner. -educates the reader- recommended for those tired of warships and wanting to see what they protected or preyed upon."--IPMS/USA

For 100 years, between 1850 and 1950, the cargo liner grew to dominate the world's trade routes, providing regular services that merchants, shippers and importers could rely on; they carried much of the world's higher value manufactured goods and raw materials and their services spread to most corners of the world. They were the tool of the world's first phase of globilisation.This new book, evocatively illustrated with a magnificent collection of more than 300 photographs, begins with the establishment of routes around Europe and across the North Atlantic in the 1850s. Not until the Liverpool ship owner and engineer, Alfred Holt, developed high-pressure compound engines were coal-powered vessels able to steam further afield, to the Far East and Australia. The opening of the Suez Canal in 1869 cemented the dominance of the cargo liner and only with the appearance of the first container ship in the 1950s was that dominance finally overthrown.With its informative introductory texts and abundant photographs, this book will appeal to ship enthusiasts around the world and to all those who mourn the passing of the golden age of the steamship.

Descripción Paperback. Condición: Very Good. The book has been read, but is in excellent condition. Pages are intact and not marred by notes or highlighting. The spine remains undamaged. Nş de ref. del artículo: GOR007370125