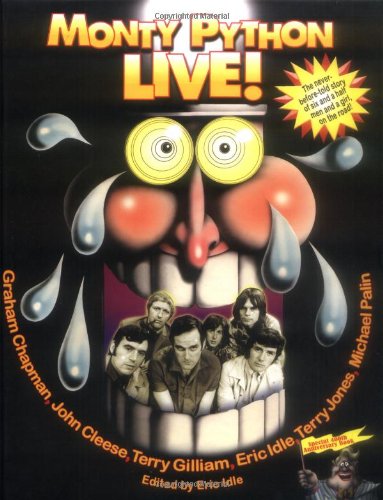 Since the first episode of the television series was broadcast on BBC One on October 5 1969 Monty Python have gone on to become perhaps the best-loved and most influential comedy troupe in television history. After four series, five films and countless live performances, the Pythons have become global comedic legends with an adoring, cross-generational fan base and a list of sketches that have passed into comedic folklore. The first new book by all the surviving Pythons in thirty years, Monty Python Live! is a treasure trove of original scripts, personal photos from the live shows and illustrations from Terry Gilliam as well as new material from John Cleese, Eric Idle, Terry Jones and Michael Palin. Timed to coincide with the fortieth anniversary of their television debut, the book also includes never-before-seen archival material that gives a very personal and fascinating insight into the Pythons and the time they shared on the road. Presented as a glorious, full-colour hardback bursting with original material as well as classic memorabilia (dead parrot not included) Monty Python Live! is an essential addition to any Python fan's collection.