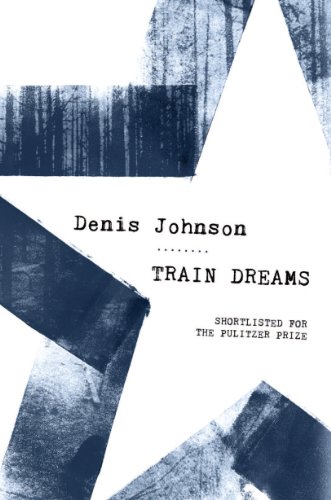 Robert Grainer is a day labourer in the American West at the start of the twentieth century-an ordinary man in extraordinary times. Shipped by train in 1893 unto the woods of the Idaho panhandle, he grows up, works on logging gangs, falls in love, and loses his wife and baby daughter to a particularly pernicious wildfire. Derailed by the loss of his family, Grainer struggles to make sense of this strange new world. As his story unfolds, we witness both his shocking personal defeats and the radical changes that transform America in his lifetime. Suffused with the history and landscapes of the American West Train Dreams captures the disappearance of a distinctly American way of life.

Denis Johnson is the author of six novels, three collections of poetry, and one book of reportage. His novel Tree of Smoke was the 2007 winner of the National Book Award in the US.

Descripción Paperback. Condición: Very Good. The book has been read, but is in excellent condition. Pages are intact and not marred by notes or highlighting. The spine remains undamaged. Nş de ref. del artículo: GOR004275883

Descripción Paperback. Condición: Good. The book has been read but remains in clean condition. All pages are intact and the cover is intact. Some minor wear to the spine. Nş de ref. del artículo: GOR004655057