Artículos relacionados a McGettigan, D: Kings of Ailech and the Vikings: 800-1060ad 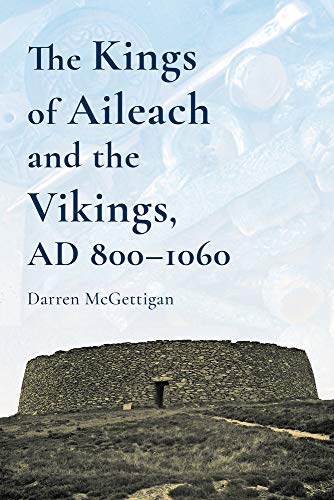 Descripción Four Courts Press Ltd, Ireland, 2020. Hardback. Condición: New. 2nd Second Edition, Second ed. Language: English. Brand new Book. This book is an account of Viking activity in the north of Ireland, one of the less well-known episodes in the history of early medieval Ireland. It is also the story of the Cenel nEogain dynasty, an important Irish population group in the north of the island. The kings of Ailech came to prominence c.800 AD, just as the first Viking fleets began to raid the coasts of Ulster. Early Viking activity in the north of Ireland followed a similar pattern to raiding activity elsewhere on the island. It began to diverge after 866 when Aed Findliath, a high-king of Ireland from the Cenel nEogain dynasty, destroyed Scandinavian settlements in what is now Co. Antrim. It appears to have been the intention of the Cenel nEogain to allow Viking strongholds to survive further south in Ulaid territory at Strangford Lough and Carlingford, and later-on also at Ruib Mena on Lough Neagh. However, these longphuirt too were eventually destroyed by the Irish of the north of Ireland, the final ones in a spiral of violence that surrounded the death of the famous king of Aileach, Muirchertach na Cochall Craicinn (of the Leather Cloaks), who was killed by the Vikings in 943. This book also tells the stories of other note-worthy early medieval high-kings of Ireland who sprang from the Cenel nEogain dynasty. Among those discussed is Niall Glundub, killed at the battle of Dublin in 919, leading the combined armies of the Northern and Southern Ui Neill against Viking invaders known as the grandsons of Ivarr. Also included is his grandson Domnall Ua Neill, one of the first Irishmen to adopt a surname (which he took from his well-known grandfather). It was Domnall's over-ambitious plans, caused by the expulsion of the Vikings from the north of Ireland, that instead led to the collapse of the traditional Ui Neill high-kingship of Ireland in the early eleventh century. Nş de ref. del artículo: AGM9781846828362

3. Kings of Ailech and the Vikings

7. The Kings of Ailech and the Vikings