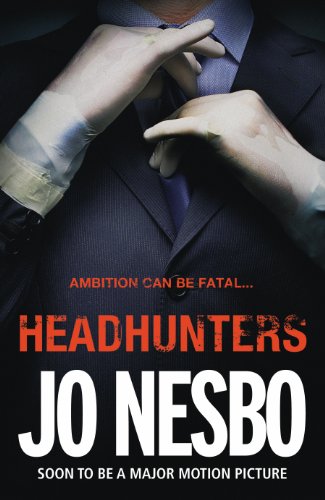 Roger Brown has it all. He's the country's most successful headhunter. He has a beautiful wife and a magnificent house. And to maintain this lifestyle, he's also a highly accomplished art thief.

At a gallery opening, his wife introduces him to Clas Greve. Not only is Greve the perfect candidate for a position with one of Roger's high-profile clients, he is also in possession of 'The Calydonian Boar Hunt' by Rubens, one of the most sought-after paintings in the world.

Roger sees his chance to be rich beyond his wildest dreams and starts planning his boldest heist yet. But soon, he runs into trouble - and this time money is the least of his worries...

Jo Nesbo is a musician, songwriter, economist and author. His first crime novel was published in Norway in 1997 and was an instant hit, winning the Glass Key Award for best Nordic crime novel (an accolade shared with Peter Hřeg, Henning Mankell and Stieg Larsson). His bestselling Harry Hole novels are a global phenomenon. www.jonesbo.co.uk. (2004-11-29)