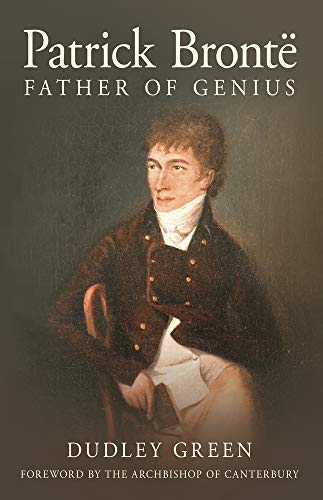 But he was a fascinating man in his own right and not nearly such an unsympathetic character as Elizabeth Gaskell's "Life of Charlotte Bronte" would have us believe. Born into poverty in Ireland, he won a scholarship to St John's College, Cambridge, and was ordained into the Church of England. He was perpetual curate of Haworth in Yorkshire for forty-one years, bringing up four children, founding a school and campaigning for a proper water supply. Although often portrayed as a somewhat fobidding figure, he was an opponent of capital punishment and the Poor Law Amendment Act, a supporter of limited Catholic emancipation and a writer of poetry. This is the first serious biography of Patrick Bronte for more than forty years.

Descripción History Press Limited, The. Hardcover. Condición: Good. A copy that has been read, but remains in clean condition. All pages are intact, and the cover is intact. The spine may show signs of wear. Pages can include limited notes and highlighting, and the copy can include previous owner inscriptions. An ex-library book and may have standard library stamps and/or stickers. At ThriftBooks, our motto is: Read More, Spend Less. Nş de ref. del artículo: G1845886259I3N10

Descripción Nonsuch Publishing, 2008. Hardcover. Condición: Good. Estado de la sobrecubierta: Includes dust jacket. Good Clean Condition Book. The dust jacket has some tears. Good condition is defined as: a copy that has been read but remains in clean condition. All of the pages are intact and the cover is intact and the spine may show signs of wear. The book may have minor markings which are not specifically mentioned. Most items will be dispatched the same or the next working day. Nş de ref. del artículo: mon0013504815

Descripción The History Press, 2009. Condición: Good. A+ Customer service! Satisfaction Guaranteed! Book is in Used-Good condition. Pages and cover are clean and intact. Used items may not include supplementary materials such as CDs or access codes. May show signs of minor shelf wear and contain limited notes and highlighting. Nş de ref. del artículo: 1845886259-2-4