Artículos relacionados a Agatha Raisin and the Quiche of Death

Beaton, M.C. Agatha Raisin and the Quiche of Death

Agatha Raisin and the Quiche of Death 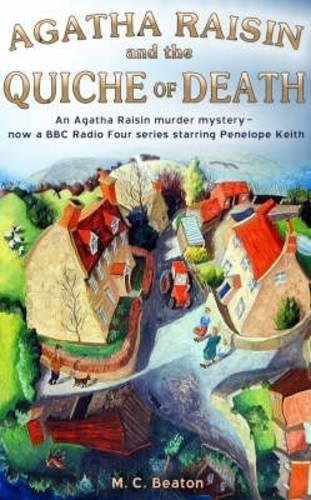 Agatha Raisin has moved to a picture-book English village away from London public relations bustle, and wants to get in the swing. So she buys herself a quiche for the village quiche-making contest and is more than alarmed when it kills a judge. Hot on the trail of the poisoner, Agatha is fearless, all the while unaware, that she's become the next victim

After years of bullying others as a high-flying public relations boss, Agatha takes early retirement to a picture-perfect village in the Cotswolds. And how better to make friends than by entering the local quiche-making competition? To ensure first prize Agatha buys her entry at a London delicatessen. Alas, Agatha's perfect product is soon exposed - as not only store-bought but poisoned. The contest judge succumbs after eating it, and with him go Agatha's chances of rural bliss - unless she can discover the real poisoner...

M.C. Beaton is the author of both the Agatha Raisin and Hamish Macbeth series, as well as numerous Regency romances. Her Agatha Raisin books are currently being turned into a TV series on Sky. She lives in Paris and in a Cotswold village that is very much like Agatha's beloved Carsely.

1. AGATHA RAISIN AND THE QUICHE OF

2. AGATHA RAISIN AND THE QUICHE OF