Artículos relacionados a Wall and Piece 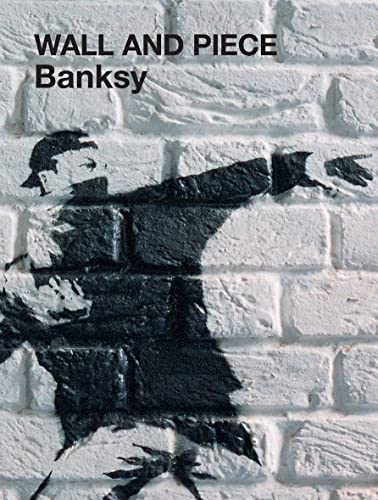 Wall and Piece by Banksy

"Witty and thought-provoking, his images excite and infuriate in equal measure. Already a classic" (www.shortlist.com)

"This is work that must be witnessed, lived with, taken to heart, and re-enacted in the name of 'Freedom'" (Rain Taxi Review of Books)

2. Wall and Piece (Paperback or Softback)

Descripción Vintage Publishing, United Kingdom, 2019. Paperback. Condición: New. New. Language: English. Brand new Book. Artistic genius, political activist, painter and decorator, mythic legend or notorious graffiti artist? The work of Banksy is unmistakable, except maybe when it's squatting in the Tate or New York's Metropolitan Museum. Banksy is responsible for decorating the streets, walls, bridges and zoos of towns and cites throughout the world. Witty and subversive, his stencils show monkeys with weapons of mass destruction, policeman with smiley faces, rats with drills and umbrellas. If you look hard enough, you'll find your own. His statements, incitements, ironies and epigrams are by turns intelligent and cheeky comments on everything from the monarchy and capitalism to the war in Iraq and farm animals. His identity remains unknown, but his work is prolific. Here's the best of his work in a fully illustrated colour volume - including brand material. Nş de ref. del artículo: AAZ9781844137879