Artículos relacionados a Into the Heart: The Stories Behind Every "U2"...

Stokes, Niall Into the Heart: The Stories Behind Every "U2" Song

Into the Heart: The Stories Behind Every "U2" Song 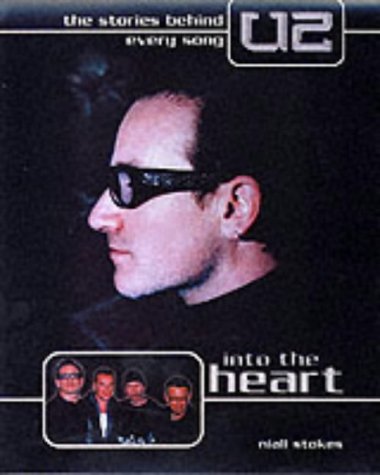 U2 are, without question, one of the most important rock bands of the past two decades. Formed while the members were still at school in Ireland, they released their first album, Boy, in 1980, the beginning of a new era. Six years and three albums later. The Joshua Tree confirmed their place as the biggest rock band in the world. Refusing to rest on their laurels, U2 contined to develop with each subsequent album, breaking new ground with Rattle and Hum, Achtung Baby, Zooropa and Pop. October 2000 saw the band release their 10th studio album, All That You Can't Leave Behind, and an accompanying new single, 'Beautiful Day'. Like their predecessors, both went straight to the top of the charts, proving once again that while the perennial procession of Next Big Things come and go. U2's worldwide popularity endures. From the rebel cry of songs like 'Sunday Bloody Sunday' and 'New Year's Day' through the haunting lyricism of 'One' and 'Who's Gonna Ride Your Wild Horses' to the post-modern irony of 'Discotheque', U2 have created anthems for the changing times and fashions. In this fascinating exploration of U2's music, top journalist (and friend of the band) Niall Stokes traces the band's development through each of their albums, describing the story behind each song, its musical and lyrical inspiration. In original and revealing interviews, members of U2, and key people close to the band explain how the songs developed, what they mean and how they fit together to reveal U2's extraordinary story.

Niall Stokes is the founder and Editor of Hot Press, Ireland's bible of rock 'n' roll and current affairs. He is the Editor of two best-selling books on U2, The U2 File and U2: Three Chords And the Truth A musician and songwriter, his band The Brothers released an acclaimed album Torch in 1992. A regular contributor to radio and television in Ireland and abroad, in 1993 he was appointed Chairperson of the Independent Radio and Television Commission

2. Into the Heart : The Stories Behind Every 'U2' Song