Artículos relacionados a Ham On Rye 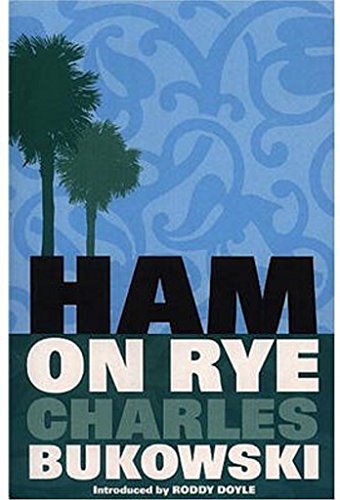 Very funny, very sad, and despite its self-congratulatory tone, honest in most of the right places. In many ways, Bukowski may have been the perfect writer to describe post-war southern California - a land of wide, flat spaces with nothing worth seeing, so you might as well vanish into yourself. In an age of conformity, Bukowski wrote about the people nobody wanted to be: the ugly, the selfish, the lonely, the mad. * * The Observer * * Sometimes funny and always sad, Ham on Rye is written in an admirably hard, bare, vivid style. It offers grim insights into the construction of masculinity and American life between the wars. Doyle's introduction is excellent. * * Times Literary Supplement * * Both powerful and, where appropriate, extremely funny. * * Sunday Telegraph * * The largely autobiographical Ham On Rye is also suprisingly reflective, humane, tremendously evocative and absorbingly readable. * * The Times * *

Legendary barfly Charles Bukowski's fourth novel, first published in 1982, is probably the most autobiographical and moving of all his books, dealing in particular with his difficult relationship with his father and his early childhood in LA. Ham on Rye follows the path of Bukowski's alter-ego Henry Chinaski through the high school years of acne and rejection and into the beginning of a long and successful career in alcoholism. The novel begins against the backdrop of an America devastated by the Depression and takes the Chinaski legend up to the bombing of Pearl Harbour. Arguably Bukowski's finest novel.

HAM ON RYE: A NOVEL