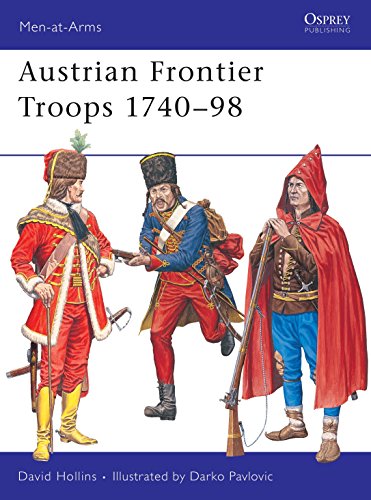 Austria's Balkan frontier - the disputed borderland between Europe and the Ottoman Turks - was defended in the 18th century by a unique organization of hardy communities who were granted farmland in return for armed service. These Grenzers, masters of guerrilla warfare, were later incorporated into Austria's regular forces, and earned a wider reputation fighting against the army of Frederik the Great's Prussia. By the start of the wars against Revolutionary and Napoleonic France they provided a significant part of the Austrian Line. This book unravels their complex history, and illustrates the development of their colourful folk costumes into striking uniforms.

Darko Pavlovic lives and works in Zagreb, Croatia. A trained architect, he is now a full-time illustrator and writer, specialising in militaria. Darko has illustrated a number of books for Osprey, and has also written and illustrated titles for the Men-at-Arms series on the Austrian army of the 19th century.