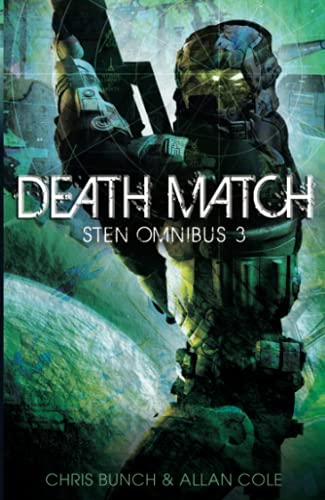 Creased spine has short tears to the top, cover worn, page edges tanned and marked. Shipped from the U.K. All orders received before 3pm sent that weekday.

Soldier, Imperial bodyguard, Fleet Captain, Prisoner of War - Sten has been many things in his long career, but there's one thing he's never been - a diplomat.

But when the Emperor sends Sten to the Altaic Cluster to support its dictator in quelling a civil war, a diplomat is exactly what Sten must be. As the war intensifies, he begins to suspect he's up against something more than a local disturbance. Someone - operating in deep cover and seemingly backed by the highest authorities - is working behind the scenes to escalate disaster. And that someone wants nothing more than to see Sten dead . . .

This omnibus contains the novels VORTEX and EMPIRE'S END.

Chris Bunch was a Vietnam veteran and served as a patrol commander and combat correspondent for Stars and Stripes. His writing partner Allan Cole is a scriptwriter and science fiction author, who often draws on his father's experience as a CIA operative in his fiction.