ArtĒculos relacionados a The Art of "The Matrix"

The Art of "The Matrix" 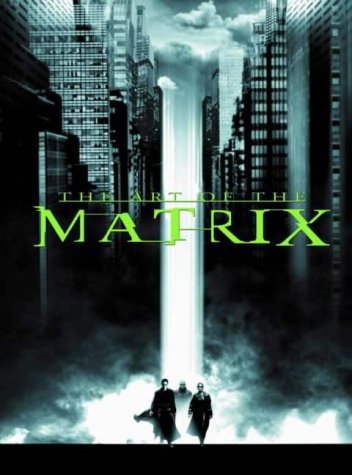 A 32-page color photo album of memoralble stills and posters

With two eagerly awaited sequels to be released in 2003 -- The Matrix Reloaded in May and The Matrix Revolutions in November -- this highly acclaimed book is now even more essential. To sell their amazing script for The Matrix, the Wachowski brothers employed top comic book professionals to visualise their script in the form of storyboards, all of which are included here in what is simply the most comprehensive and lavish behind-the-scenes film book ever published. Discover the full story with over 1000 b&w and colour illustrations, including the complete storyboards, gatefolds of the dazzling conceptual art and a 32 page colour photo album with some rarely seen stills and posters, the full script (with details of cut scenes) and in-depth commentary from the artists involved.

2. The Art of The Matrix