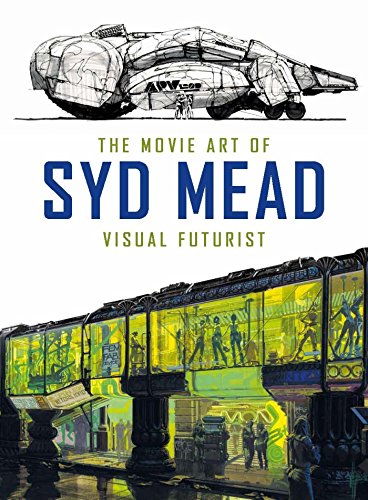 Syd Mead is one of the most accomplished and widely respected artists alive today. The Movie Art of Syd Mead: Visual Futurist represents the most extensive collection of Mead's visionary film work ever printed, including ALIENS, Blade Runner, Star Trek The Motion Picture, and Elysium, compiling hundreds of images, sketches and concept arts from a career spanning almost 40 years, many of which have never been seen in print before.

CrÝticas:
-With such a plethora of images from the many genre-defining films Mead has worked on, this is essential reading for film fans, artists and futurologists alike.- ComingSoon.net
BiografÝa del autor:
Syd Mead is a prolific and influential "visual futurist," industrial designer and a neofuturistic concept artist. For more than forty years, Mead's iconic designs have appeared in movies including Star Trek - The Motion Picture, ALIENS, Short Circuit, Blade Runner, Elysium, TRON and many more.