Artículos relacionados a The Light Between Ocean

The Light Between Ocean 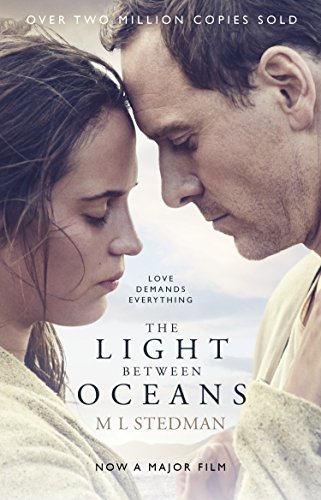 The global bestselling debut, now a word-of-mouth classic - the story of a lighthouse keeper and his wife who face a life-changing moral dilemma when a baby in a boat washes up on their island. THE SUNDAY TIMES BESTSELLER2.3 million copies sold The international bestselling book of the major Hollywood film starring Michael Fassbender and Alicia Vikander A Richard and Judy bookclub favouriteGoodreads historical category winner'Extraordinary and heartrending' MARKUS ZUSAK, author of The Book ThiefA boat washes up on the shore of a remote lighthouse keeper's island. It holds a dead man - and a crying baby., The only two islanders, Tom and his wife Izzy, are about to make a devastating decision. They break the rules and follow their hearts. What happens next will break yours., 'Unforgettable' Guardian'A moving tale ...prepare to weep' New York Times

"An extraordinary book . . . as inevitable as Hardy at his most doom-laden. And as unforgettable" (Guardian)

"A description of the extraordinary, sustaining power of a marriage to bind two people together in love, through the most emotionally harrowing circumstances" (Daily Mail)

"It is not only the plot that it so compelling . . . What makes this wonderful novel stand out is the cast of emotionally fragile characters, all of whom inspire tremendous sympathy in the reader" (Daily Express)

"Irresistible . . . seductive . . . a high concept plot that keeps you riveted from the first page" (Oprah Magazine)

"A spectacularly sure storyteller . . . Reading The Light Between Oceans is a total-immersion experience, extraordinarily moving." (Monica Ali, author of BRICK LANE)

"The Light Between Oceans unfurls in small acts, at first feeling slight to touch, then building in emotional substance. Into the spaces between words, Stedman breathes an anxiety and pulsating intensity that roils with the ocean and the lighthouse beacon" (Sydney Morning Herald)

"Book of the Week. Critics are buzzing about The Light Between Oceans, the gripping debut from M L Stedman" (Grazia Magazine)

M.L. STEDMAN was born and raised in Western Australia and now lives in London. The Light Between Oceans is her first novel. An award-winning international bestseller, the book has already sold over two million copies in around 40 languages. It has recently been made into a Dreamworks film starring Michael Fassbender and Alicia Vikander, produced by Heyday Films.

1. The Light Between Oceans: Film tie-in