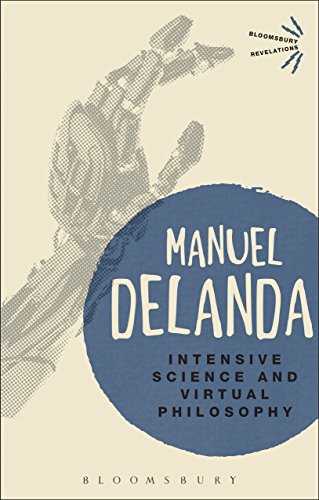 '[A] highly original...book...The structure of the book is simple, with four chapters devoted to mathematics, space, time, and physics, respectively. Quarrels over Deleuzian terminology are banished to a very helpful appendix...DeLanda has certainly rendered this territory more palpable to the analytically oriented.' Leslie Dema, University of Guelph, Canada, Journal of The European Legacy, (Vol 11, No. 6) '...Manuel DeLanda's Intensive Science and Virtual Philosophy ...an exceptionally wrought and detailed investigation of Deleuze's philosophy in relation to contemporary debates in science, including the 'new science' of complexity theory...exceptional. DeLanda is and has been for many years one of the best explicators of Deleuze...his skill in this area is very much in evidence in his most recent book. -- Marcel Swiboda * Immanence *

First published 10 years ago, Manuel DeLanda's Intensive Science and Virtual Philosophy rapidly established itself as a landmark text in contemporary continental thought. DeLanda here draws on the realist philosophy of Gilles Deleuze to the domain of philosophy of science. As well as contemporary philosophical insights, the book also tackles new developments in geometry, complexity theory and chaos theory to bring new insights to our understanding of a scientific knowledge liberated from traditional ideas of essence.

Now available in the Bloomsbury Revelations series, this edition includes a new preface by Delanda, revisiting the themes of his book ten years on.