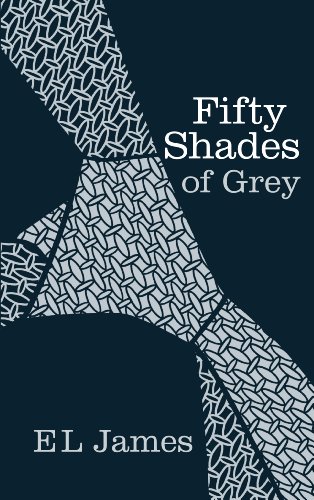 Romantic, liberating and totally addictive, Fifty Shades of Grey is a novel that will obsess you, possess you, and stay with you for ever.

When literature student Anastasia Steele interviews successful entrepreneur Christian Grey, she finds him very attractive and deeply intimidating. Convinced that their meeting went badly, she tries to put him out of her mind - until he turns up at the store where she works part-time, and invites her out.

Unworldly and innocent, Ana is shocked to find she wants this man. And, when he warns her to keep her distance, it only makes her want him more.

But Grey is tormented by inner demons, and consumed by the need to control. As they embark on a passionate love affair, Ana discovers more about her own desires, as well as the dark secrets Grey keeps hidden away from public view .

Romantic, liberating and totally addictive, this is a novel that will obsess you, possess you, and stay with you for ever.

Descripciµn Century, 2012. Hardcover. Condiciµn: New. 1st Edition. Century, U.S.A., 2012. Hardcover. Condition: New. No Jacket. 1st Edition. By now, E L james' Fifty Shades series needs no introduction. When literature student Anastasia Steele goes to interview young entrepreneur Christian Grey, she encounters a man who is beautiful, brilliant, and intimidating. The unworldly, innocent Ana is startled to realize she wants this man and, despite his enigmatic reserve, finds she is desperate to get close to him. Unable to resist Ana¢s quiet beauty, wit, and independent spirit, Grey admits he wants her, too - but on his own terms. Shocked yet thrilled by Grey¢s singular erotic tastes, Ana hesitates. For all the trappings of success ¢ his multinational businesses, his vast wealth, his loving family¢Grey is a man tormented by demons and consumed by the need to control. When the couple embarks on a daring, passionately physical affair, Ana discovers Christian Grey¢s secrets and explores her own dark desires. Erotic, amusing, and deeply moving, the Fifty Shades Trilogy is a tale that will obsess you, possess you, and stay with you forever. First published in paperback in 2011, these were re-published as collectors hardbacks in 2012. This listing is for ALL THREE - Fifty shades, Freed and Darker all in hardback, new, unread, signed to title page. Limited edition UK hardback, black cloth covers with silver text and pictures to covers, silver ribbon bookmarker still folded in original postion, unopened. Images available. Signed by Author(s). Signed by Author(s). N¤ de ref. del artÚculo: 000741

Descripciµn Century, London, U.K., 2012. Hardcover. Condiciµn: New. No Jacket. 1st Edition. 2012. London, U.K. Hardcover. ***SIGNED BY AUTHOR***. Book Condition: New. Dust Jacket Condition: None. Without Dedication. 514 pp. Numbered Line: 10-1. You will not be disappointed. We aim to provide you with an excellent service throughout; Fast delivery guaranteed; Shipped promptly from our UK Warehouse. In Stock. IN EXCELLENT CONDITION. PLEASE CONTACT US BEFORE ORDERNG THIS BOOK TO CONFIRM BOOK CONDITION. Shipping is normally same day from the UK. "UK BASED SELLER ALL OVERSEAS SHIPPING VIA AIRMAIL". If you do not want this service please make it clear to Abebooks you wish by Ship. In Stock.- THANKS! We do not stock Ex-Library or Book Club editions. We offer a money back guarantee if you are not fully satisfied, please contact us if you have any questions. Bookseller Inventory #O. 010616105823. Signed by Author(s). N¤ de ref. del artÚculo: 002758