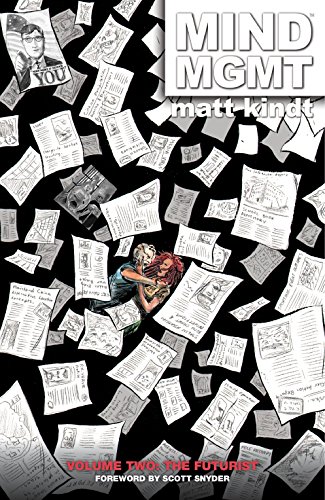 We've learned some of the secrets of Henry Lyme; now get ready to meet the rest of Mind Management! With the remains of the Management attempting to reform and hot on Lyme's tail, the former spy is forced to seek help from other defectors around the globe, including the deadly Futurist, Duncan! Meanwhile, losing her memory has barely slowed journalist Meru down, as an attempt on her life puts her back on the hunt for Mind Management-and on a collision course with the terrible truths Lyme has hidden from her! Collecting MIND MGMT #7-#12, plus stories from Dark Horse Presents and i09!

Matt Kindt is the Harvey Award–winning writer and artist of the comics and graphic novels MIND MGMT, Frankenstein: Agent of S.H.A.D.E., Revolver, 3 Story, Super Spy, 2 Sisters, and Pistolwhip. He has been nominated for four Eisner Awards and three Harvey Awards (and won once). His work has been published in French, Spanish, Italian, and German. The author lives in St. Louis, Missouri.