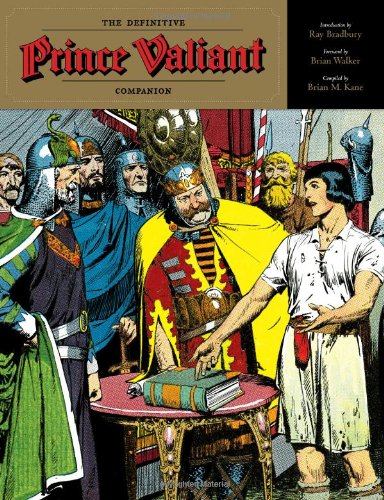 Elegantly presented, perceptively written, what emerges from Kane's book is as intimate a portrait as we are likely to get of this humble, humorous and hard-working man, who transformed one page every week of the comic section into stirring American illustration and adventure fiction for millions of readers, whether Kings or commoners.--Paul Gravett, author of Graphic Novels and Manga: 60 Years of Japanese Comics

The Definitive Prince Valiant Companion is the indispensable guide to the strip and a must have for its legions of fans new and old. ... No matter how long you've been a Prince Valiant fan...one year or seventy years, you're certain to find this book informative and entertaining. Fantagraphics has produced another spectacular book! Grade: A.--Tim Janson

In Anticipation of the seventy-fifth annivesary of comics' longest running adventure strip, and to celebrate their own just-launced reprinting of the strips' classic earliest years, Fantagraphics is proud to present an expanded version of this hard-to-find collector's item.