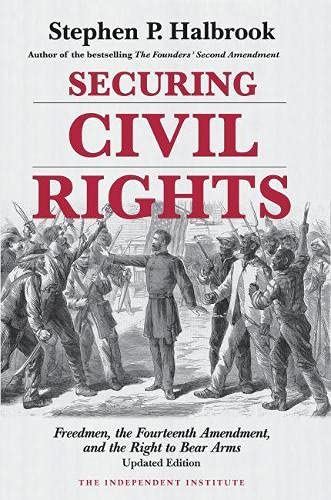 "Halbrook does an impressive job of gathering evidence not only from the speeches of Bingham and Howard before, during, and after ratification of the Fourteenth Amendment, but from a variety of other members of Congress, from newspaper coverage, and from law books of the day." --National Review "In his thorough analysis of Congressional debates, Halbrook makes quite clear the point that the framers of the Fourteenth Amendment saw Second Amendment guarantees as essential to the political liberty of the individual American citizen." --American Journal of Legal History "[Halbrook] provides overwhelming evidence that the Fourteenth Amendment was meant to protect the right of individuals to be armed and that this particular right was a major concern of its framers . . . . Above all, Halbrook helps restore the historical record of a badly served constitutional amendment." --American Historical Review "Halbrook has written a book that contributes significantly to our understanding of the linkage between the Second and Fourteenth Amendments. Although his primary concern has been to bring back the Second Amendment from a moribund state in American jurisprudence, Halbrook's efforts also shed considerable additional light on broader questions." --Journal of Southern History

Unique and well-researched, this study concentrates on the right to keep and bear arms and analyzes the incorporation of the Bill of Rights into the Fourteenth Amendment. Examining the history of the recognition of the right of freedmen to keep and bear arms in the period between 1866 and 1876, this comprehensive volume analyzes the extent to which American political society was willing to secure the same civil rights to all without regard to race or previous condition of slavery.