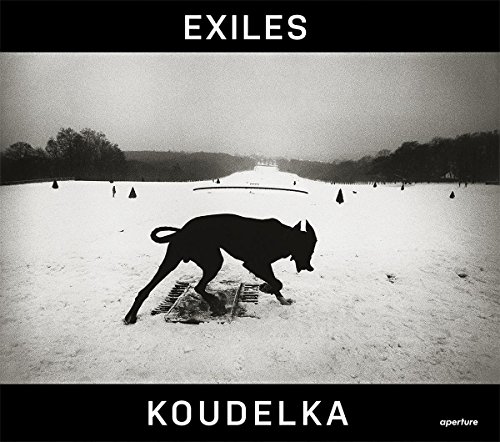 Exiles is the deeply personal culmination of over two decades spent meandering in Europe. The Photoblogapher
His most distinctive work, and perhaps his most important. L Oeil de la Photographie"

About Exiles , Cornell Capa once wrote, Koudelkas unsentimental, stark, brooding, intense - ly human imagery reflect his own spirit, the very essence of an exile who is at home wherever his wandering body finds haven in the night. In this newly revised and expanded edition of the 1988 classic, which includes ten new images, Koudelkas work once more forms a powerful document of the spiritual and physi - cal state of exile. The sense of private mystery that fills these photographsmostly taken during Koudelkas many years of wandering through Europe since leaving his native Czechoslovakia in 1968speaks of passion and reserve, of his rage to see. Solitary, moving, deeply felt, and strangely disturbing, the images in Exiles suggest alienation, disconnection, and love. Exiles , edited and sequenced by Koudelka and Robert Delpire, evokes some of the most com - pelling and troubling themes of the twentieth century, while resonating with equal force in this current moment of profound migrations and transience. This edition also includes new text by Robert Delpire and Josef Kudelka.