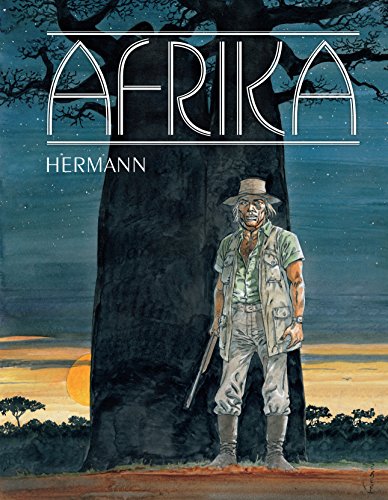 Dark Horse proudly presents this gorgeously illustrated masterpiece by Belgian comics creator Hermann, available in English for the first time! A misanthropic European expatriate, Dario Ferrer, acts as guardian of a Tanzanian wildlife preserve. Accompanied by Charlotte, a naive European journalist, Ferrer discovers a village under fire from mysterious agents of the foreign-backed government. Ferrer and Charlotte must fight not only to protect the preserve, but to expose government corruption - and survive to see another day. Born in 1938, Hermanns childhood was marked by WWII and the early need to earn a living on his own. He tried various professions and studied fine arts in Belgium, but he didn''t get into comic books until later in life when his first story was published in a magazine. In 1979 he started his first solo volume, Jeremiah, which he continues publishing today. He is known to be a hard-working, demanding writer constantly attempting new things. His works include Comanche and Towers of Bois-Maury among others.

Hermann Huppen, who signs with solely his first name, is a Belgian comic book artist best known for Jeremiah. The author lives in Brussels, Belgium.