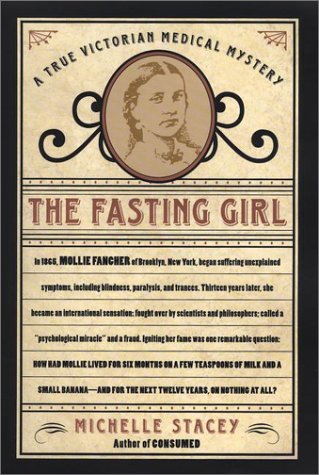 The riveting true account of Mollie Fancher, who, in 1865, was plagued with a vast array of ailments including paralysis and trances, all of which caused her to "live on air" for the rest of her life, examines such intriguing phemonena as fasting saints and the dawn of the Age of Neurosis, detailing the social and technoligical turmoil of the time. 20,000 first printing.

Michelle Stacey, the author of Consumed: Why Americans Love, Hate, and Fear Food, is a journalist who writes extensively for publications including The New Yorker, The New York Times Magazine, and Allure.