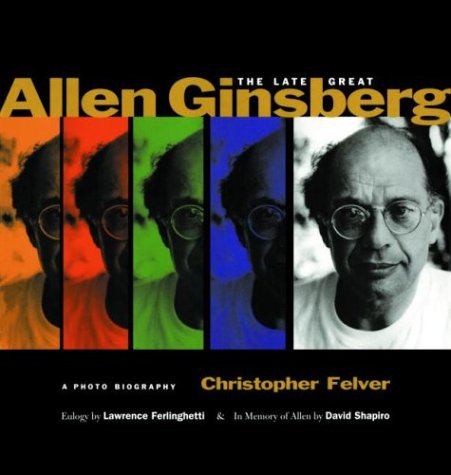 Many of the seminal figures of contemporary culture knew and worked with Allen Ginsberg and have a place in this book. Among them are Cecil Taylor, David Amram, Philip Glass, Ray Manzarek, Ed Sanders, Czeslaw Milosz, Norman Mailer, Robert Frank, Gary Snyder, Lawrence Ferlinghetti, Michael McClure, Gregory Corso, William Burroughs, Philip Whalen, Peter Orlovsky, and Robert Creeley. In this book we truly see Allen Ginsberg as a poet, a spiritualist, a friend, a lover, a performer, a teacher, and a lover of good times. A complex and many-faceted life is given its due in this inspired photographic history of Ginsberg's life from 1980 through 1997. The Late Great Allen Ginsberg is a deeply moving recollection of America's most important post-World War II poet, informed by Ginsberg's sensitivity, his love of life, and his humanitarianism. "Allen Ginsberg spent hardly any time alone." We see him giving poetry readings and workshops, chatting with friends, pursued by admirers on the street, in group meditation, talking with Peter Orlovsky. The special power of Christopher Felver's photographs comes from his ability to accurately and reverentially document Ginsberg's intense network of social relations at the heart of the Beat universe.