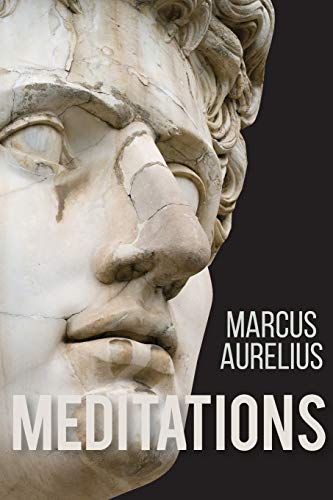 
Meditations is a series of personal writings by Marcus Aurelius, Roman Emperor from 161 to 180 AD, recording his private notes to himself and ideas on Stoic philosophy.
Marcus Aurelius wrote the 12 books of the Meditations in Koine Greek as a source for his own guidance and self-improvement. It is possible that large portions of the work were written at Sirmium, where he spent much time planning military campaigns from 170 to 180. It is unlikely that Marcus Aurelius ever intended his Meditations to be published and the work has no official title, so "Meditations" is one of several titles commonly assigned to the collection. These writings take the form of quotations varying in length from one sentence to long paragraphs.


About this translation of Marcus Aurelius Meditations


This is the classic and official translation of the Meditations as produced by George Long and originally printed in The Harvard Classics.

What you get when you buy this edition of Meditations


This edition of Meitations is an 80 page long 9x6 trade paperback edition in creme paper and a black glossy cover.

Famous quotes from this edition of Meditations

What a reader says about Marcus Aurelius Meditations


We find several recurring themes in The Meditations: develop self-discipline to gain control over judgments and desires; overcoming a fear of death; value an ability to retreat into a rich, interior mental life (one's inner citadel); recognize the world as a manifestation of the divine; live according to reason; avoid luxury and opulence. But generalizations will not approach the richness and wisdom nuggets a reader will find in Marcus's actual words.-Glenn Russel