Artículos relacionados a Humanoid Encounters 1955-1959: The Others amongst Us

Rosales, Albert S Humanoid Encounters 1955-1959: The Others amongst Us 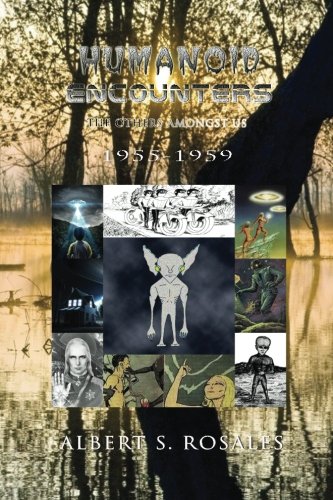 Albert S. Rosales, was born in Cuba on January 3, 1958. After living for some time in Spain, in 1967, his family moved to New York City before ultimately settling down in Miami where Albert became a US citizen and attended school. Albert had many strange incidents as a child and developed an interest in UFOs and unusual events from the time he was in high school. He joined the United States Navy after high school and traveled the world. Later on, after being honorably discharged from the Navy, Albert went into the jewelry business with his father. After his father passed on, Albert joined a local law enforcement agency in Miami and has now been there for over 30 years. Albert is married, with five grown children, one girl and four boys. For over 40 years, Albert has been studying UFOs, and since 1993, has been regularly updating his Humanoid Encounter catalogue. You can forward your own humanoid encounters to Albert at: garuda79@comcast.net