Artículos relacionados a The Four Men 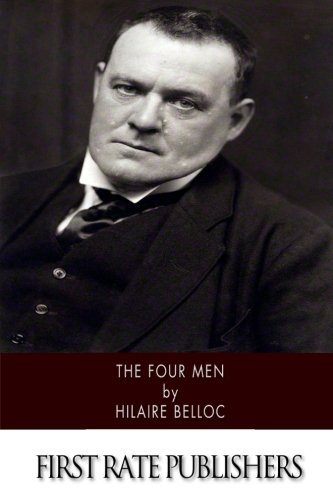 Hilaire Belloc was a critically acclaimed novelist during the 20th century, and The Four Men is a travel novel featuring characters who embody different aspects of the author's own personality.

Joseph Hilaire Pierre René Belloc (French; 27 July 1870 – 16 July 1953) was an Anglo-French writer and historian. He was one of the most prolific writers in England during the early twentieth century. He was known as a writer, orator, poet, sailor, satirist, man of letters, soldier and political activist. His Catholic faith had a strong impact on his works. He was President of the Oxford Union and later MP for Salford from 1906 to 1910. He was a noted disputant, with a number of long-running feuds, but also widely regarded as a humane and sympathetic man. Belloc became a naturalised British subject in 1902, while retaining his French citizenship. His poetry encompassed comic verses for children and religious poetry. His widely sold Cautionary Tales for Children included "Jim, who ran away from his nurse, and was eaten by a lion" and "Matilda, who told lies and was burnt to death". He also collaborated with G. K. Chesterton on a number of works.