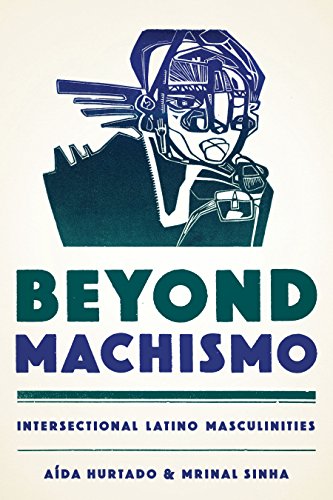 "I very much enjoyed reading Hurtado and Sinha's Beyond Machismo for both academic and personal reasons. I appreciate their attention to theory as well as the intersectional analyses presented throughout the book. Most of all, I appreciate the book's message that we, as scholars, should lead the charge in dismantling the chains of machismo that so often constrain young Latino men. " * Latino Studies *

Long considered a pervasive value of Latino cultures both south and north of the US border, machismo-a hypermasculinity that obliterates any other possible influences on men's attitudes and behavior-is still used to define Latino men and boys in the larger social narrative. Yet a closer look reveals young, educated Latino men who are going beyond machismo to a deeper understanding of women's experiences and a commitment to ending gender oppression. This new Latino manhood is the subject of Beyond Machismo. Applying and expanding the concept of intersectionality developed by Chicana feminists, Aida Hurtado and Mrinal Sinha explain how the influences of race, class, ethnicity, sexuality, and gender shape Latinos' views of manhood, masculinity, and gender issues in Latino communities and their acceptance or rejection of feminism. In particular, the authors show how encountering Chicana feminist writings in college, as well as witnessing the horrors of sexist oppression in the United States and Latin America, propels young Latino men to a feminist consciousness. By focusing on young, high-achieving Latinos, Beyond Machismo elucidates this social group's internal diversity, thereby providing a more nuanced understanding of the processes by which Latino men can overcome structural obstacles, form coalitions across lines of difference, and contribute to movements for social justice.