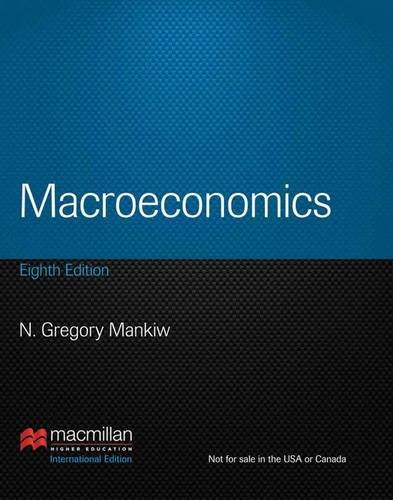 Market leading text by a wide margin. Highly readable, respected authorship. Concise and streamlined but retains middle of the pack rigor. First book to cover growth early, but recently has added more on short run models. Plethora of case studies – 4 to 5 per chapter.

N. GREGORY MANKIW is a Professor of Economics at Harvard University, USA. He began his study of economics at Princeton University, where he received an AB in 1980. After earning a PhD in Economics from MIT, he began teaching at Harvard in 1985 and was promoted to full professor in 1987. Mankiw is a regular participant in academic and policy debates. His research ranges across macroeconomics and includes work on price adjustment, consumer behaviour, financial markets, monetary and fiscal policy, and economic growth. In addition to his duties at Harvard, he has been a research associate of the National Bureau of Economic Research, a member of the Brookings Panel on Economic Activity, and an adviser to the Federal Reserve Bank of Boston and the Congressional Budget Office. From 2003 to 2005 he was chairman of the President's Council of Economic Advisers.