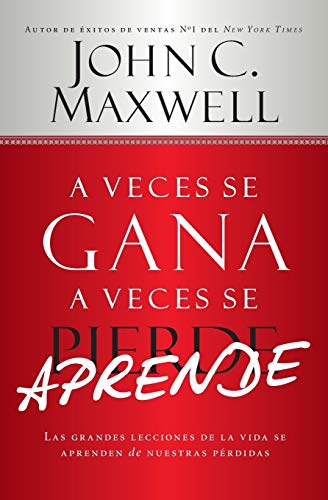 Explores lessons learned from experiencing loss, explaining how to turn a set-back into a step forward by examining the eleven elements that make up the DNA of those who succeed, including humility, reality, responsibility, hope, and maturity.

John C. Maxwell is a #1 New York Times bestselling author, coach, and speaker who has sold more than 24 million books in fifty languages. Often called America's #1 leadership authority, Maxwell was Identified as the most popular leadership expert in the world by Inc. magazine in 2014. And he has been voted the top leadership professional six years in a row on LeadershipGurus.net. He is the founder of The John Maxwell Company, The John Maxwell Team, and EQUIP, a non-profit organization that has trained more than 5 million leaders in 180 countries. Each year Maxwell speaks toFortune 500 companies, presidents of nations, and many of the world's top business leaders. He can be followed atTwitter.com/JohnCMaxwell. For more information about him visitJohnMaxwell.com.