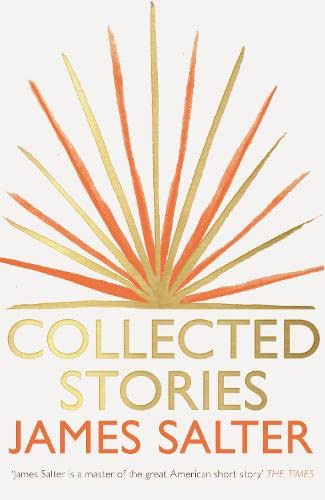 'It's the short stories which make him one of the greatest writers of the last century and the present one, up there with Carver and Cheever, the mind-blowing Lydia Davis - who has just won the Man Booker International Prize - and the Fitzgerald of Babylon Revisited. Republished this month, the strongest of Salter's stories are shadowy and sinister with a whiff of his two favourite perfumes, sex and death, hanging over the scarifying prose . . . What makes the short stories perfect are the fully-mastered qualities . . . 'style, structure and authority.'' Financial Times `Salter is a writer who particularly rewards those for whom reading is an intense pleasure. He is among the very few North American writers all of whose work I want to read, whose as yet unpublished books I wait for impatiently.' Susan Sontag `Sentence for sentence, Salter is the master' Richard Ford `There is scarcely a writer alive who could not learn from his passion and precision of language' Peter Matthiessen `James Salter can suggest in a single sentence an individual's entire history' Michiko Kakutani, New York Times `Salter is the contemporary writer most admired and envied by other writers . . . he can, when he wants, break your heart with a sentence' Michael Dirda, Washington Post `James Salter is a master of the great American short story' The Times

James Salter is one of the finest writers of our time. From his first published story in the Paris Review in 1968, Salter's work in the form has been universally acclaimed: five have appeared in O. Henry collections, Dusk and Other Stories won the 1989 PEN/Faulkner Award, and more recently he was the recipient of PEN USA's 2010 Lifetime Achievement Award, the 2010 REA Prize for the short story, and the 2012 PEN/Malamud Award. Each indelible narrative in the Collected Stories is marked by Salter's great literary grace, his ability to show the subtleties of a character or situation with precision, and his equally assured ability to command reversals of fortune or shocking revelations. The stories concern men and women in their most intimate moments, struggling with loss, desire, or the burden of memory. A fallen rider lies in a field, alone but for the knowledge that these may be her last twenty minutes. A man assisting in his wife's suicide is devastated by the aftermath. Two New York attorneys on a trip to Italy discover that their recent wealth affords them the possibility of a higher life, the reality of which is somewhat sordid. A young woman is unable to share a life-changing piece of news with her closest friends. Including his two published collections, Dusk and Other Stories (1988) and Last Night (2005), and the previously uncollected `Charisma', this volume confirms indisputably that `James Salter is a master of the great American short story'(The Times).