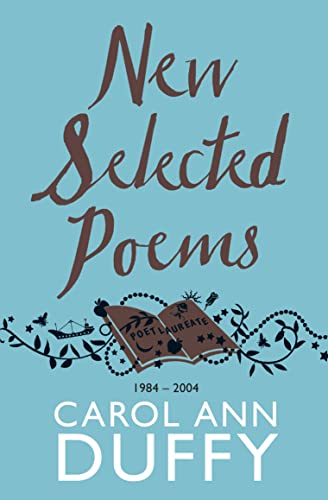 'Carol Ann Duffy is the most humane and accessible poet of our time' Rose Tremain, Guardian New Selected Poems contains poems chosen by Carol Ann Duffy from her first six acclaimed collections, from Standing Female Nude to Feminine Gospels, and a handful of other poems collected here for the first time. Endlessly varied and wonderfully inventive, this volume is the perfect introduction for new readers, the essential selection for students, and a glorious sum of parts for old acquaintances.

Carol Ann Duffy lives in Manchester, where she is Professor and Creative Director of The Writing School at Manchester Metropolitan University. She has written for both children and adults, and her poetry has received many awards, including the Signal Prize for Children's Verse, the Whitbread, Forward and T. S. Eliot Prizes, the PEN Pinter Prize, and the Lannan and E. M. Forster Prize in America. She was appointed Poet Laureate in 2009. Her collections include The World's Wife, Love Poems, Rapture and The Bees which won the Costa Poetry Award.

Descripción Picador, 2011. Paperback. Condición: New. Reprints. Paperback. The essential Carol Ann Duffy, in paperback for the first time This volume contains poems chosen by Carol Ann Duffy from her first six acclaimed collections, from Standing Female Nude (198.Shipping may be from multiple locations in the US or from the UK, depending on stock availability. 288 pages. 0.350. Nş de ref. del artículo: 9781447206422