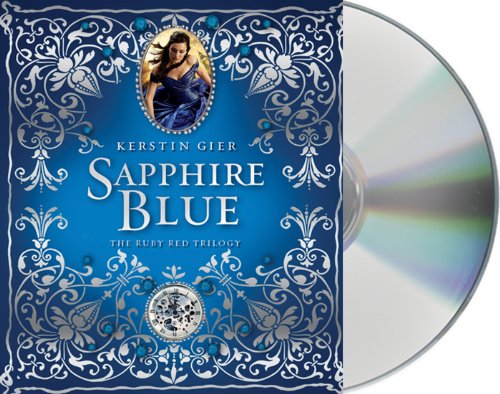 "Gier succeeds on her own terms, keeping the reader moving along, forward and backward in time, and ending with a revelation and a cliffhanger. Both will leave readers anticipating the publication of the next installment, 'Sapphire Blue.'" --The New York Times Book Review on Ruby Red

"Humorous, romantic and suspenseful, the plot is fast-paced and impossible to put down. . . . The final romantic cliffhanger will leave you thirsty for the next book in this 'jewel' of a series." --Justine magazine on Ruby Red

"What makes this such a standout is the intriguingly drawn cast, stars and supporting players both, beginning with Gwen, whose key feature is her utter normality. Adventure, humor, and mystery all have satisfying roles here." --Booklist, starred review on Ruby Red

"Gier's characters and plotting are first-rate, creating an adventure that should leave readers eager for the rest of the trilogy." --Publishers Weekly on Ruby Red

Gwen's life has been a rollercoaster since she discovered she was the Ruby, the final member of the secret time-traveling Circle of Twelve. In between searching through history for the other time-travelers and asking for a bit of their blood (gross!), she's been trying to figure out what all the mysteries and prophecies surrounding the Circle really mean.

At least Gwen has plenty of help. Her best friend Lesley follows every lead diligently on the Internet. James the ghost teaches Gwen how to fit in at an eighteenth century party. And Xemerius, the gargoyle demon who has been following Gwen since he caught her kissing Gideon in a church, offers advice on everything. Oh, yes. And of course there is Gideon, the Diamond. One minute he's very warm indeed; the next he's freezing cold. Gwen's not sure what's going on there, but she's pretty much destined to find out.