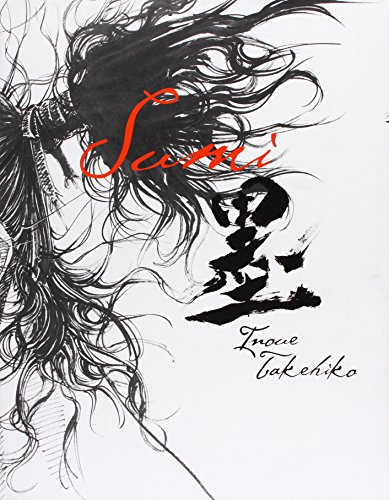 Reseńa del editor:
· Featuring artwork from the 32+ volume manga series - Vagabond is on Japan’s top ten best seller’s list with over 100 million volumes in print.
· Vagabond has sold over 22 million copies worldwide! (Not including Japan’s sales).
· Vagabond is based on the novel, Musashi by Eiji Yoshikawa. Originally written in the early 40’s, Yoshikawa’s fictional account became so well known that his version has blurred fact from fiction.
· VIZ Media is currently releasing the English translated edition of Vagabond only three months apart from the Japanese release!
· The popularity of Vagabond has been attributed for the reason NHK produced its period drama TV series based on Yohikawa’s novel.
· There have been 6 films and 2 TV series based on Miyamoto Musashi’s life.
· Inoue received the 2000 Media Arts award for manga from the Japanese Ministry of Culture and the Kodansha award for best manga for his work on Vagabond.
· Nominated for 2003 Eisner Award in the category for Best Writer/Artist!
· "...reads like an Akira Kurosawa film captured on the printed page." -Cliff Biggers, Comic Buyer's Guide
· Inoue has personally created licensed merchandise on a small scale, so that the products will meet his standards of quality.
· Inoue’s previous series Slam Dunk has over 100 million copies in print worldwide.
· Everything Takehiko Inoue has published has hit the top ten sales list in Japan.

Sumi presents Inoue's magnificent pen and brush work in black and white. It also includes a behind the scenes look at Vagabond with rough sketches and photos of Inoue's studio.
In a recent interview, Takehiko Inoue claimed that in his first major follow-up to Slam Dunk, he wanted to delve as deeply as possible into visual artistry. The result was the incredibly realized world of Vagabond, the Sistine Chapel of manga. This artbook captures the very best of Inoue's work, with images hand-selected by Inoue himself. Not one to skimp on reproduction and image quality, Inoue also hand selected the specific printer.

Sumi presents Inoue's magnificent pen and brush work in black and white. It also includes a behind the scenes look at Vagabond with rough sketches and photos of Inoue's studio.
Biografía del autor:
Takehiko Inoue was born in Kagoshima prefecture in 1967. His first major success -- the hugely popular 31-volume long basketball manga SLAM DUNK -- sold over 100 million copies worldwide and catapulted him into the top ranks of Japanese manga artists. Besides manga, Inoue also worked on character design for the Playstation basketball game ONE ON ONE.