Artículos relacionados a The Beautiful Brain: The Drawings of Santiago Ramon...

The Beautiful Brain: The Drawings of Santiago Ramon y Cajal 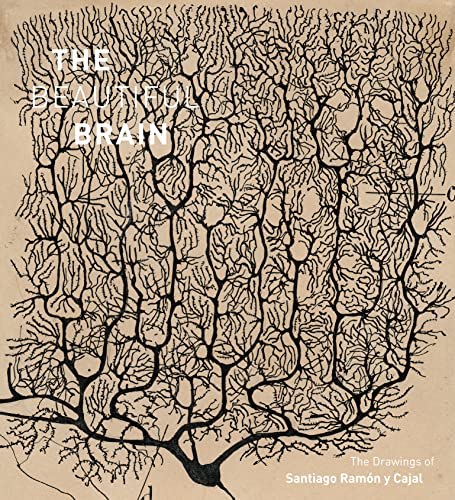 Santiago Ramon y Cajal (1852-1934), the father of modern neuroscience and a Nobel laureate, was an exceptional artist. He devoted his life to the anatomy of the brain, the body's most complex and mysterious organ. His superhuman feats of visualisation, based on fanatically precise techniques and countless hours at the microscope, resulted in some of the most remarkable illustrations in the history of science., Beautiful Brain presents a selection of his exquisite drawings of brain cells, brain regions and neural circuits with accessible descriptive commentary. An art book at the crossroads of art and science, Beautiful Brain describes Cajal's contributions to neuroscience, explores his artistic roots and achievement and looks at his work in relation to contemporary neuroscience imaging techniques.

'In the 19th century, Spanish neuroscientist Santiago Ramón y Cajal was one of the first to investigate the microscopic structure of the brain and his subsequent drawings remain as scientifically significant as they are aesthetically beautiful' --Guardian

'Widely regarded as the creator of modern neuroscience, Spanish pathologist Santiago Ramón y Cajal (1852-1934) produced nearly 3,000 drawings of the brain. This new book gathers together over 80 of his most important illustrations, doubling up both as a gorgeous coffee table book and an elegant guide to the lump of matter between our ears.' --Science Focus

Javier DeFelipe, author of Cajal's Butterflies of the Soul (2009), is a neuroscientist at the Instituto Cajal, Madrid. Larry W. Swanson of the University of Southern California is the author of Brain Architecture (2012) and a past President of the Society for Neuroscience. Eric A. Newman, Alfonso Araque and Janet Dubinsky are distinguished neuroscientists at the University of Minnesota.

1. BEAUTIFUL BRAIN: THE DRAWINGS OF

2. The Beautiful Brain: The Drawings Of Santiago Ramon Y Cajal