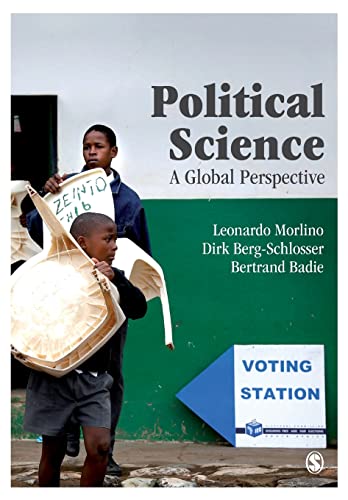 This is a unique book, filling a genuine void. It is introductory but not meant for undergraduates but for the already educated. In sixteen chapters, it covers, not only the standard content of an introduction to political science book, but also discusses questions of epistemology, methodology and the interdisciplinary nature of the discipline, all with a global perspective. It is likely to become required reading for graduate students in political science who have received their undergraduate training in other disciplines but it would also offer an excellent refresher for those who studied political science as undergraduates.

What makes this book an exceedingly good introduction to Political Science is that the discipline’s core concepts, theories, methods and the subfields into which it has branched out are presented in an unprecedented fashion: concise and yet broad-based and open-ended. These are qualities derived from its comprehensive global reach – an achievement that has many aspects to it. First, by recovering the diversity of the social contexts and of the intellectual backgrounds from which the “basics” emerged, their embedded nature comes out neatly. With it, the discipline’s actual constitution as an empirical science is brought under a sharper focus:  as the result of a long gestation and differentiation from neighbouring sciences– where the primacy of the Anglo-Saxon and Western intellectual lineages is set in a broader perspective. We note pluralism not only in the approach to rival interpretations of the relevant topics and issues but also in the choice of the supporting literature including also scholars from different parts of the emerging world – alongside references drawn from non-Western traditions.

What the reader gets is more than what Morlino, Berg-Schlosser and Badie declare in their preface. More than “elementary politics from an advanced standpoint”, their book has a truly formative dimension to it. On two accounts: In terms of training, it offers the incentives to permanently update and broaden the research fields, thanks to a system of open-ended information provided by the websites added to each chapter. In terms of scope, the book ‘s manifest global reach offers a most effective antidote against all kinds of prescriptivism.

From the award-winning team behind the International Encyclopaedia of Political Science...

Moving beyond mainstream “traditional” approaches to bring you a new advanced-level introduction to political science.

A perfect introduction for postgraduates who are new to political science, as well as upper-level undergraduates looking to broaden and deepen their understanding of core topics, this progressive account:

Descripción SAGE Publications Inc, United States, 2017. Paperback. Condición: New. First Edition. Language: English. Brand new Book. From the award-winning team behind the International Encyclopaedia of Political Science.Moving beyond mainstream "traditional" approaches to bring you a new advanced-level introduction to political science. A perfect introduction for postgraduates who are new to political science, as well as upper-level undergraduates looking to broaden and deepen their understanding of core topics, this progressive account:Guides you through all key areas of political science: origins, methodological foundations, key topics, and current issues Takes an international and pluralist perspective with all issues explored in a comparative way related to different cultural and historical contexts Includes pulled-out descriptions of major concepts, further reading and self-assessment questions at the end of each chapter. Nş de ref. del artículo: LIB9781412962148

Descripción 2017. Paperback. Condición: New. Paperback. From the award-winning team behind the International Encyclopaedia of Political Science.Moving beyond mainstream traditional approaches to bring you a new advanced-level introduction to .Shipping may be from multiple locations in the US or from the UK, depending on stock availability. 312 pages. 0.560. Nş de ref. del artículo: 9781412962148