ArtÚculos relacionados a A Court Of Thorns And Roses

Maas, Sarah J. A Court Of Thorns And Roses

A Court Of Thorns And Roses 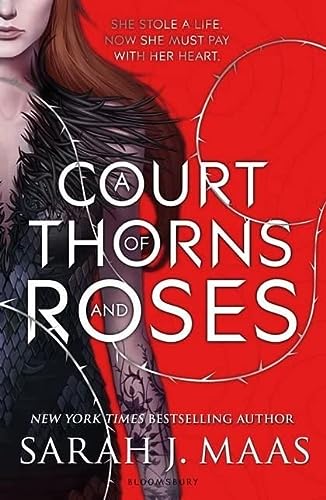 Feyre's survival rests upon her ability to hunt and kill - the forest where she lives is a cold, bleak place in the long winter months. So when she spots a deer in the forest being pursued by a wolf, she cannot resist fighting it for the flesh. But to do so, she must kill the predator and killing something so precious comes at a price ..., Dragged to a magical kingdom for the murder of a faerie, Feyre discovers that her captor, his face obscured by a jewelled mask, is hiding far more than his piercing green eyes would suggest. Feyre's presence at the court is closely guarded, and as she begins to learn why, her feelings for him turn from hostility to passion and the faerie lands become an even more dangerous place. Feyre must fight to break an ancient curse, or she will lose him forever., The start of a sensational romantic fantasy trilogy by the bestselling author of the Throne of Glass series. Contains mature content. Not suitable for younger readers.

All kinds of awesome. It's magical, enthralling and utterly magnificent - everything I hoped for in a fantasy novel. I adored the world that Sarah J. Maas has created in this truly enchanting novel (BookEvin)

Readers seeking the political intrigue of Kristen Cashore's Graceling and ... the deadly competition at the heart of The Hunger Games will find both [here] (Praise for Throne of Glass, Publisher's Weekly)

Fans of Tamora Pierce and George R.R. Martin, pick up this book! (Praise for Throne of Glass, RT Book Review)

Sarah J. Maas wrote the first incarnation of her debut novel, Throne of Glass, when she was just sixteen. Since its publication, it has been shortlisted for the Waterstones Children's Teen Book of the Year and has sold in sixteen languages. The sequels, Crown of Midnight and Heir of Fire, are New York Times bestsellers. When Sarah is not writing, she can be found watching everything from Star Wars to Hayao Miyazaki films and reading fairy tales. To find out more, visit www.sarahjmaas.com.