Artículos relacionados a Inside a Pearl: My Years in Paris

White, Edmund Inside a Pearl: My Years in Paris

Inside a Pearl: My Years in Paris 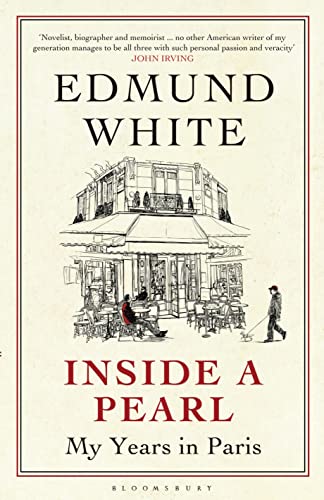 Paris may well be White's pearl, but he is in fact the real pearl, moving around inside an aloof and unforgiving social hub. Few living writers are as able as White to evoke life as a busy, complex, deeply silly and at times moving experience. He sees everything and reveals even more. This wonderfully eccentric, conversational and personalised cultural history contains the essence of Edmund White . Entertaining and wry, White is worldly-wise and wise ... Edmund White misses very little about either himself or others (Eileen Battersby, Irish Times)

Edmund White writing about his Paris years, with walk-on parts for Catherine Deneuve, Yves Saint-Laurent and other assorted members of the French glitterati? That'd be Inside a Pearl (Scotsman)

There is at once something artfully canny and beguilingly innocent about Inside a Pearl . Each life is invaluable to its possessor; very few autobiographies come close to encapsulating that vitality. This is one such. You want to hold on to him, will him to live more, live longer and write about more years (Independent)

We are lucky to have him still publishing . diverting, affectionate as well as bitchy, and full of tips (London Evening Standard)

In the end, this dazzling memoir isn't just a love song to a city - a city "so calm" it is "like living inside a pearl" - but profoundly moving elegy to a friend (Sunday Times)

Delightful to read ... Beautifully crafted sentences ... There is nothing dowdy about Inside a Pearl; there is much kindliness, indomitable spirit, smiley self-regard, with smatterings of common sense and an abundance of what White calls "silly fun" (Literary Review)

Edmund White was forty-three years old when he moved to Paris in 1983. He spoke no French and knew just two people in the entire city, but soon discovered the anxieties and pleasures of mastering a new culture. White fell passionately in love with Paris, its beauty in the half-light and eternal mists; its serenity compared with the New York he had known.

Intoxicated and intellectually stimulated by its culture, he became the definitive biographer of Jean Genet, wrote lives of Marcel Proust and Arthur Rimbaud, and became a recipient of the French Order of Arts and Letters. Frequent trips across the Channel to literary parties in London begot friendships with Julian Barnes, Alan Hollinghurst, Martin Amis and many others. When he left, fifteen years later, to return to the US, he was fluent enough to broadcast on French radio and TV, and as a journalist had made the acquaintance of everyone from Yves St Laurent to Catherine Deneuve to Michel Foucault. He'd also developed a close friendship with an older woman, Marie-Claude, through whom he'd come to a deeper understanding of French life.

Inside a Pearl vividly recalls those fertile years, and offers a brilliant examination of a city and a culture eternally imbued with an aura of enchantment.

1. Inside a Pearl: My Years in Paris

2. Inside a Pearl: My Years in Paris

3. Inside a Pearl: My Years in Paris

4. Inside a Pearl: My Years in Paris