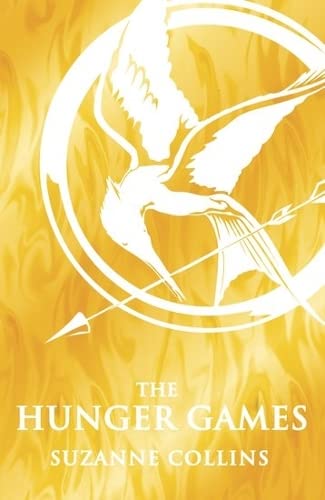 First in the ground-breaking HUNGER GAMES trilogy, this new foiled edition of THE HUNGER GAMES is available for a limited period of time. Set in a dark vision of the near future, a terrifying reality TV show is taking place. Twelve boys and twelve girls are forced to appear in a live event called The Hunger Games. There is only one rule: kill or be killed. When sixteen-year-old Katniss Everdeen steps forward to take her younger sister's place in the games, she sees it as a death sentence. But Katniss has been close to death before. For her, survival is second nature.

Descripción Paperback. Condición: Very Good. The book has been read, but is in excellent condition. Pages are intact and not marred by notes or highlighting. The spine remains undamaged. Nş de ref. del artículo: GOR007440688

Descripción Scholastic, 2015. Paperback. Condición: Used; Good. **SHIPPED FROM UK** We believe you will be completely satisfied with our quick and reliable service. All orders are dispatched as swiftly as possible! Buy with confidence!. Nş de ref. del artículo: 2390746

Descripción Scholastic, 2015. Condición: Fair. This is an ex-library book and may have the usual library/used-book markings inside.This book has soft covers. In fair condition, suitable as a study copy. Nş de ref. del artículo: 6231320

Descripción Scholastic, 2010. Condición: Good. Ships from the UK. Shows some signs of wear, and may have some markings on the inside. Nş de ref. del artículo: GRP111034183

Descripción Product Bundle. Condición: Very Good. No Dustjacket. All orders are dispatched the following working day from our UK warehouse. Established in 2004, we have over 500,000 books in stock. No quibble refund if not completely satisfied. Nş de ref. del artículo: mon0004590185